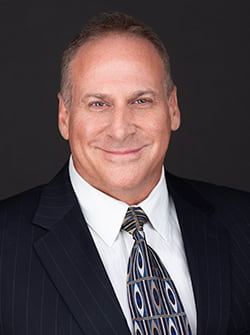 David Jones, MD., Ph.D is a board-certified ophthalmologist with Eye Surgery Associates of Broward County. He is fellowship-trained in the medical and surgical treatment of diseases of the anterior segment of the eye including Cataracts, Cornea and External disease, and Refractive Surgery (LASIK, LASEK, PRK, and refractive intraocular lens implants).

Dr. Jones graduated with the highest scholarship from Oregon State University with a Bachelor’s Degree in Biochemistry and Biophysics. He continued his education at the prestigious Johns Hopkins University School of Medicine in Baltimore, Maryland where he earned a PhD in Molecular Biology and Genetics. During his graduate research, he applied his lifelong knowledge of optics and vision to the study of the olfactory system, our sense of smell. He hypothesized that the inner workings of the olfactory system may be similar to the visual system. He was the first to identify unique molecular components of the olfactory system that proved that vision and olfaction share similar molecular machinery. Because of his academic achievements he was honored to be a fellow of both the National Science Foundation and the Howard Hughes Medical Institute. In addition, upon completion of his thesis, he was awarded the David Israel Macht Prize for outstanding graduate research. His groundbreaking research helped establish the molecular basis of olfaction and laid the foundation for the future discovery of the olfactory odorant receptors by researchers at Columbia University, an achievement for which they were awarded the 2004 Nobel Prize in Physiology and Medicine. Dr. Jones furthered his scientific career as a post-doctoral fellow in the Gene Expression Laboratory at the renowned Salk Institute for Biological Studies in La Jolla, California where he studied nuclear hormone receptors and their role in vertebrate development and embryogenesis.

Dr. Jones thoroughly enjoyed scientific research but, as time went on, realized that he wanted to have a more direct impact in applying advances made in the laboratory to the improvement of the human condition. Therefore, he decided to broaden his education and apply his scientific expertise to improving our day-to-day lives through the practice of medicine. He was uniquely qualified for and attended the University of Miami School of Medicine PhD-to-MD program for Physician-Scientists. After earning his medical degree, he was fortunate to be invited to complete his ophthalmology residency and fellowship training at the world-renowned Bascom Palmer Eye Institute of the University of Miami. His research during this time focused on the molecular basis of dry eye disease and the development of new, innovative methods of corneal transplantation surgery.

Since completion of his formal academic training, Dr. Jones has worked in both private practice and as a faculty member of the Duke University Eye Center where he served as Medical Director of Refractive Surgery Services for the Duke Eye Center in Winston-Salem, North Carolina. He also served for several years as Staff Physician at the Cleveland Clinic Florida in Weston.

As a member of Eye Surgery Associates, Dr. Jones continues to apply his medical and scientific expertise to the benefit of his patients. He performs complex cataract extraction surgery, the latest in corneal surgery techniques including DSEK/DSAEK, and all-laser refractive surgery for the correction of nearsightedness, farsightedness, and astigmatism to reduce dependence on glasses and contact lenses. Dr. Jones also provides the latest in intraocular lenses including accommodating/pseudo-accommodating lens implants such as the ReStor, Crystalens, and ReZoom lenses for patients who desire reduced dependence on glasses after cataract surgery.

On a personal note, Dr. Jones resides in Davie, Florida with his wife and two children. He enjoys spending time with his children assisting in their extracurricular activities. In his spare time, he enjoys boating, fishing, and physical training.

Licensure and Board Certification

Pembroke Pines Weston
Take our online Cataract self-test
Are you experiencing the onset of cataracts?
Are you a candidate for LASIK or laser vision correction?
Take the Test.
Spanish English
Ways to pay Request an Appointment Our locations 954.925.2740